Leveraging on Kuala Lumpur International Airport's (KLIA) “jungle in an airport, airport in a jungle” concept, Malaysia Airports is promoting an understanding of the importance of conservation among local and international travellers.

It is organising a series of conservation awareness activities at the airport in Sepang, Selangor, from now till March 6 as part of its Indulge & Explore Campaign. 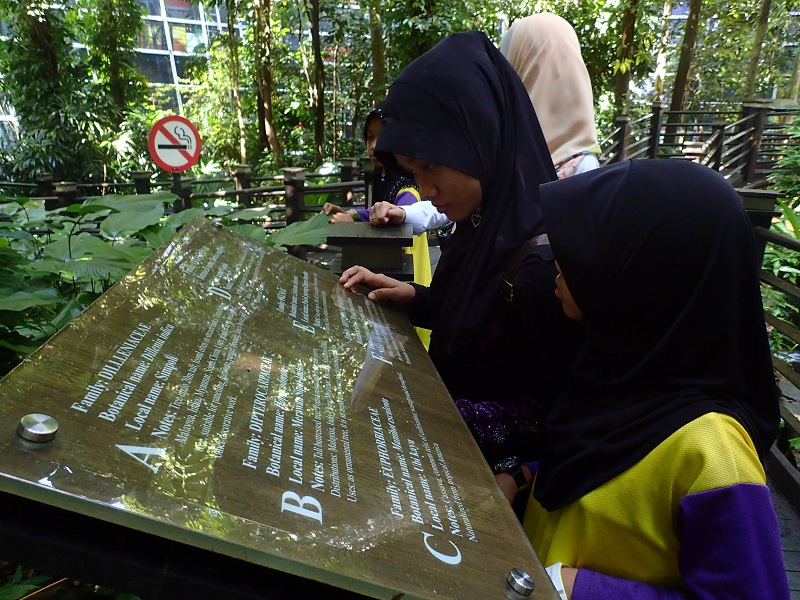 Some of the chldren from Baitul Barakah Wal-Mahabbah Orphanage learning about the jungle in the Kuala Lumpur International Airport. – Pic courtesy of Malaysia Airports, December 29, 2015.

"Among the activities planned include talks on wildlife conservation, personal wellness (conserving self) as well as educational visits for selected groups of children to instil in them the importance of nature conservation," Malaysia Airports said in a statement.

Fourteen children from the Baitul Barakah Wal-Mahabbah Orphanage were given a quick course in nature and conservation when they visited the Kuala Lumpur International Airport recently as part of the campaign.

They also experienced first-hand the “jungle in an airport, airport in a jungle” concept at the KLIA.

During their visit, the children learnt that there was a jungle walk complete with waterfall within KLIA and that over 5,000 trees encompassing more than 30 species were planted at the international hub.

To cap off their excursion, the children were given the opportunity to try out the Indulge & Explore Campaign’s kinetic augmented reality game at KLIA.

The Malaysia Airports Indulge & Explore Campaign seeks to broaden travellers’ horizons and experiences particularly in the area of wildlife conservation and personal wellness while rewarding them for shopping and dining at KLIA and klia2 Terminal.

Under Malaysia Airports’ Indulge & Explore Campaign, travellers stand to experience the opportunity of a lifetime as a volunteer in a six-day Panda Experience Programme which is the grand prize offered as part of the campaign.