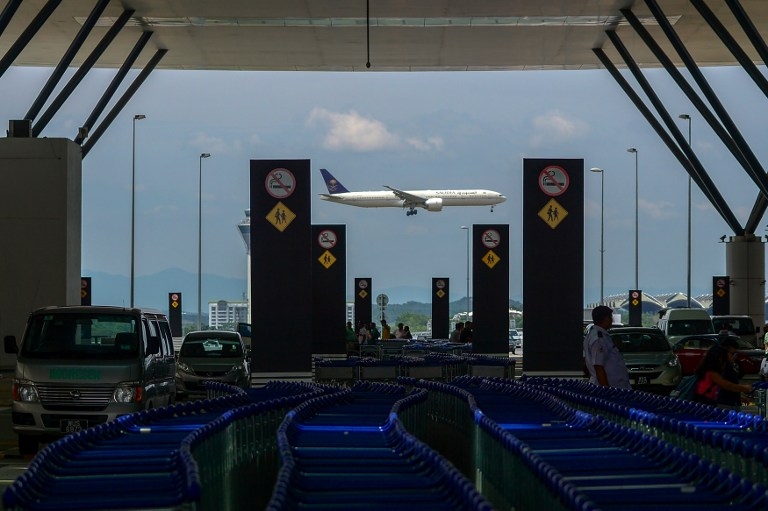 The sky on a normal day at the KLIA in Sepang. The air quality has reduced with visibility as low as 2km in the Sepang area as of yesterday evening, but not affecting flights at the KLIA and klia2 airports so far. – The Malaysian Insider file pic, September 14, 2015.

The Air Pollutant Index (API) readings in areas around KLIA and klia2 such as Banting, Nilai, Putrajaya has reached unhealthy levels (100-200).

Until 6pm yesterday, Banting was the most badly affected by the pollutants originating from the forest fires in Sumatra, with a reading of 170 followed by Nilai (164) and Putrajaya (157).

According to a Malaysia Airports spokesman, as of 6pm today, no flights were affected by poor air quality.

A Bernama check around klia2 and KLIA found them covered with smoke and visibility was two kilometres.

A pilot who declined to be identified, said the haze had not affected flights.

"The air quality at Sepang is quite bad. However, it is not a problem unless there is a storm or heavy rain, as it will affect operations.

"Although visibility is quite low due to the smoke, it is still safe for take off and landing," he said when contacted.

A passenger, clerk Atiqah Shuib, 33, expressed her anxiety at the worsening air quality around klia2.

"I am worried my flight could be cancelled and this will affect my family's holiday," she said.

Yesterday, Transport Minister Datuk Seri Liow Tiong Lai said the Marine Department Malaysia and the Department of Civil Aviation (DCA) had been directed to issue smoke warnings to ships and aircraft at all airports and ports.

He said it would be very dangerous for aircraft to land at airports if the visibility is less than 600 metres.

He said the number of asthma patients seeking treatment in hospitals in the state was going up.

Dr Jerip said those who had to go out must wear masks as the air outdoor was hazardous to health.

Kuching, Sarikei, Samarahan and Sri Aman in Sarawak yesterday recorded API readings in the 100-100 range, which is unhealthy to human health. – Bernama, September 14, 2015. 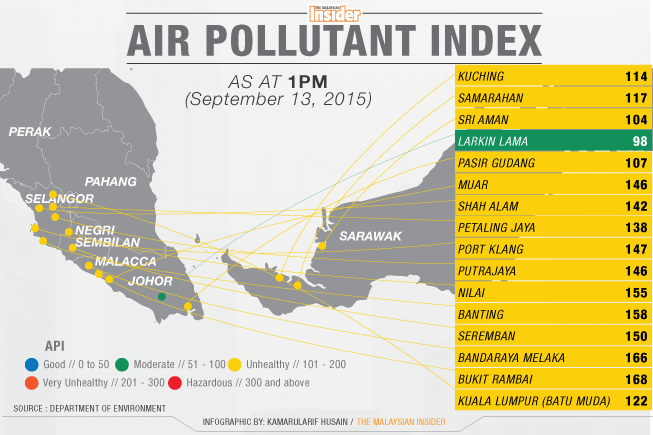