MALAYSIA. Heinemann Asia Pacific has announced the winner of its ‘Win Your Dream Vacation’ contest, organised in celebration of theofficial opening of be Duty Free at klia2.

The travel retailer’s be Duty Free store marked its grand opening at klia2’s International Departure last October by offering travellers a chance to win a ten-day travel package for two worth US$15,000. The five-month contest concluded in February 2015.

“We are pleased to announce Mr Ng Nan Chuan, a Malaysian resident from Klang, as the lucky winner of US$15,000 [worth of] exclusive travel vouchers for two to his dream destinations,” revealed Heinemann Asia Pacific Operations Director Retail Constantin Wiesmann.

“The response for this contest was overwhelming and we are extremely motivated by the results. ‘Win Your Dream Vacation’ contest is just one of the consumer promotions that we have planned to engage klia2 travelers,” Wiesmann added. 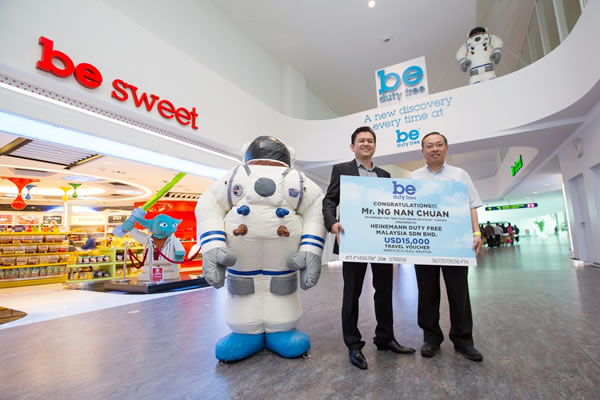 Commenting on his win, Ng said: “I am pleasantly surprised to learn that I have won the grand prize in the ‘Win Your Dream Vacation’ contest. I have been wanting to go for a long vacation and now I can do so. Thank you be Duty Free!” 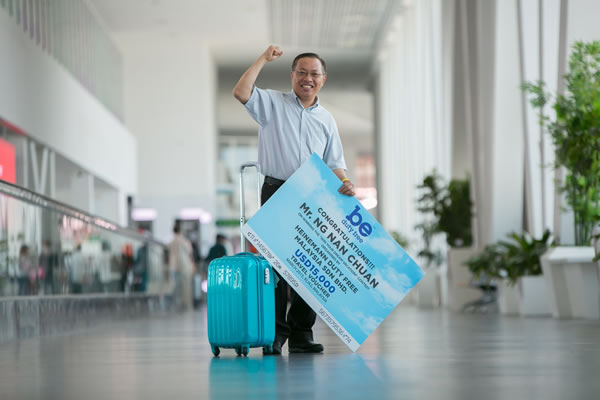 All packed and ready to go: winner Ng Nan Chuan will soon embark on his dream vacation