DAP's Tony Pua and PKR’s Rafizi Ramli, who have been vociferous in their criticism of 1Malaysia Development Berhad (1MDB), have been barred by immigration authorities from leaving the country.

The Petaling Jaya Utara MP said he was to fly to Yogyakarta, Indonesia, for work purposes when he was stopped by the immigration at low-cost carrier terminal klia2 at 3.15pm.

"They stopped me and told me I can't go aboard. They said the instructions came 'from above'. No reasons were given why I was prevented from leaving," he told The Malaysian Insider when contacted.

Pua is on the way to the DAP headquarters to give a press conference on the matter.

One of 1MDB's staunchest critics, the DAP national publicity chief  had been among those who had consistently highlighted alleged malpractices in the state investment vehicle's operations and dealings.

He had recently been implicated in two video confessions by former journalist Lester Melanyi, who had alleged that the two-term MP, together with a clutch of opposition politician, had fabricated 90% of documents related to 1MDB with whistleblower site Sarawak Report as part of a campaign to topple Prime Minister Datuk Seri Najib Razak.

The DAP national publicity secretary had threatened to sue Melanyi for his accusations, giving him seven days to retract and apologise for his widely publicised video statement.

Najib is also suing Pua who he accused of incessantly attacking him over the Finance ministry owned fund to gain political mileage for the opposition. 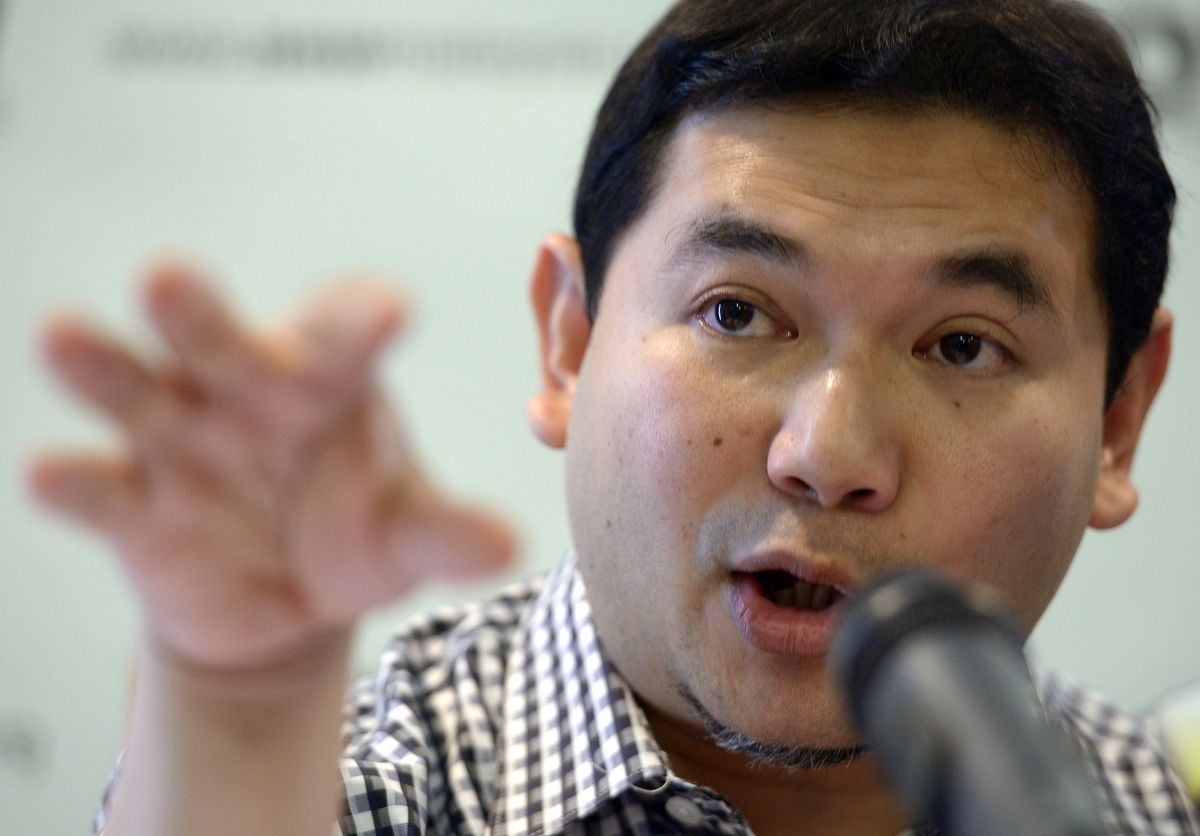 Rafizi Ramli suspects he too has been blacklisted and not allowed to leave the country. – The Malaysian Insider pic, July 22, 2015.

PKR Rafizi Ramli said he had checked his status on the Immigration website and was shown the following message: ""Sila rujuk kepada pejabat imigresen terdekat". (Please refer to the nearest immigration office). The same message shown for Pua on the website.

"As such, I suspect I have also been blacklisted and not allowed to leave Malaysia," he said in a statement today.

"From day one the matter was disseminated, I have stated that the allegations were part of an evil conspiracy to shut our mouths because of our vocal stand over 1MDB for the past few years," he said in referring to himself, Pua, Sarawak Report and The Edge media group.

Sarawak Report said today it will also take legal action against pro-government newspaper New Straits Times and others for the "malicious" falsehoods they have promoted to destroy its credibility.

Inspector-General of Police Tan Sri Khalid Abu Bakar earlier today did not rule out the possibility of arresting several individuals named by Melanyi to facilitate investigation.

Finance ministry owned 1MDB has come under the public scrutiny mainly because of the whopping RM42 billion debts that it has racked up in the past five years. The strategic fund has also sacked two auditors, KPMG and Ernst & Young, during the period.

1MDB has not been able to generate enough earnings to service its debts. This raises public concern over some of its debt papers issued with the government’s letter of support – meaning the government is responsible for the fund’s debt repayment should it default.

Consequently, the investment fund is currently stepping up efforts to hive off its assets, namely power generation plants and land, to ease its extremely tight cash flow.

The Edge was previously issued a show-cause letter by the Home Ministry regarding its reporting on 1MDB.

This could possibly be the first time federal lawmakers are barred from leaving the country.

Previously, opposition politicians were prevented from entering Sabah and Sarawak.

This included Pua's party colleague, DAP's Seputeh MP Teresa Kok who was on the blacklist of both Bornean states.