Cherish Moy was among those who created history as she became one of the first few who flew out of klia2 on its first day of operations.

Moy, 31, was one of the 147 passengers on board the Cebu Pacific Airways flight to Manila that took off at 3.15am yesterday. 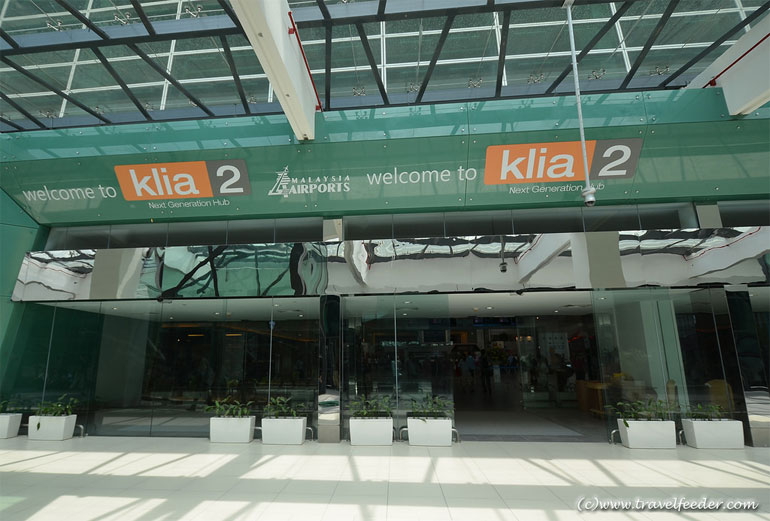 The fact that Moy was flying to take part in a humanitarian mission to aid typhoon victims in The Philippines made it doubly meaningful for her.

“My first impression as I entered the airport was that it was of world class,” said Moy, a talent management company employee on her way to aid Typhoon Haiyan victims.

The first person to check in as a passenger at the klia2 was Gemma Camarinta from The Philippines, who was flying back to her hometown in Bohol for a holiday.

“The airport is very comfortable and convenient as it comes with a lot of facilities,” said the 39-year-old housekeeper who has been working in Malaysia for five years.

Malindo Air flight OD1027 from Kota Kinabalu, carrying 110 passengers, was the first airplane to touch down at klia2, and was given a grand welcome with water cannons spraying the aircraft as soon as it landed at 12.10am.

He also confirmed that the Cebu Pacific Airways flight that took off at 3.15am was supposed to do so at 1.20am, but the delay has nothing to do with klia2.

“It is because the aircraft arrived late from The Philippines and so, it had to take off late (from klia2),” he said.

“Everything went according to schedule,” he said, while adding that the cost of the airport was “within RM4bil”.