About 2,000 coupon taxi drivers at Kuala Lumpur International Airport 2 (klia2) are requesting for city taxi services to be reduced at the airport as the competition is affecting their income. 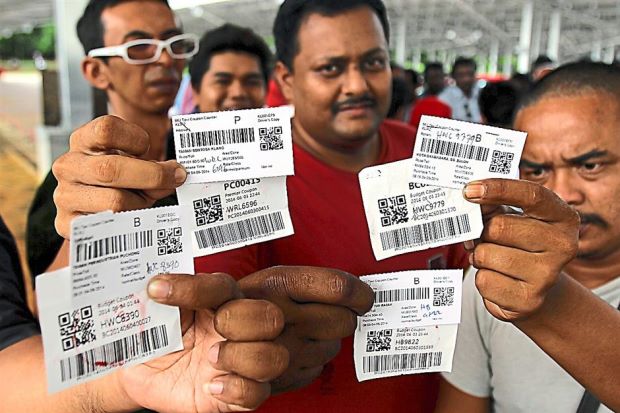 Livelihood under threat: klia2 taxi drivers showing coupons to prove it is difficult to get more than two trips per day.

LCCT/klia2 Premier Taxi Drivers Association chairman Rusli Sharif said the number of taxis in klia2 was usually about 3,000 and of this more than 1,000 were city taxis.

“If possible, we want to ask the Land Public Transport Commission (SPAD) to reduce city taxis to 300 during peak hours, that is, every Friday until Monday from 5pm until 8pm.

“Whereas, during normal hours only we will operate,” he told reporters at the klia2 taxi pool here, yesterday. He said the Express Rail Link Sdn Bhd (ERL) in klia2 also posed a competition to them as previously there was no such facility available to LCCT and only taxi services were widespread. — Bernama