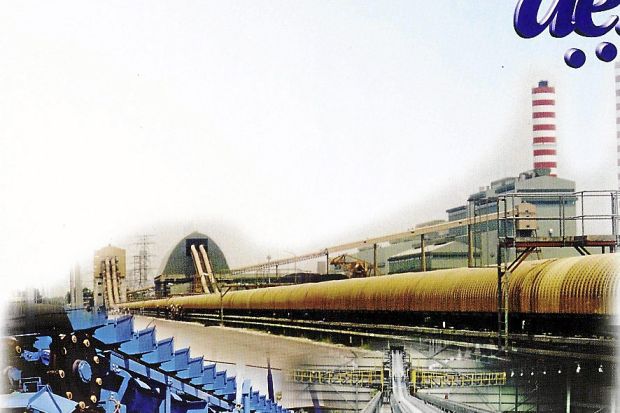 MALAYSIAN AE Models Holdings Bhd (Maemode) could very well be the first major public-listed company that’s been hurt the most as a result of the delay in the opening of the klia2.

Tasked with an RM62mil sub-contract to build the baggage handling and sortation system for the proposed airport, it has now become financially-distressed and has fallen into the PN17 category even as the blame game for the delay continues to play out.

Its stock, which has since been suspended, has also plunged more than 70% to nine sen – all these after the company said on June 20 that it had failed to service its monthly fixed repayments to banks amounting to millions, mostly as a result of the multiple delays of the proposed terminal meant for low-cost carriers.

This triggered a demand from Maemode’s financiers, RHB Bank Bhd and Malayan Banking Bhd, for the full outstanding amount of money owed to them totalling nearly RM100mil.

Obviously plagued by cashflow issues, the Johor-based supplier of integrated materials handling solutions and automated systems, which still has a few hundred million ringgit worth of projects in hand, is now hard-pressed to carry on its other projects.

Maemode has said that if it fails to comply with the obligations to regularise its condition, then all its listed securities would be suspended on the next market day after five market days from the date of notification of suspension and de-listing by Bursa Malaysia, and de-listing procedures would be taken against the firm.

A point to note is that the company? financials have not been rosy for some time. 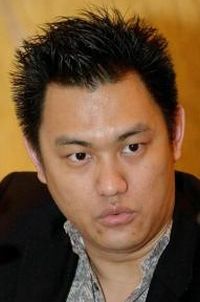 Tey emerged as a substantial shareholder in Maemode on June 21.

Its trade receivables and amount due from customers on contracts alone have been ballooning, increasing 148% to RM603mil as at Feb 28 from some RM243mil back in 2007.

Its cash and cash equivalents have also depleted to some RM3mil from over RM40mil six years ago.

As at the nine months to Feb 28, it recorded a turnover of RM389mil versus RM430mil the year before and reported a net loss of RM4.8mil against a profit of RM10.3mil previously.

The firm said this was caused by a substantial increase in holding costs as a result of a delay in installation works on certain major projects such as klia2.

The question is: Can the firm, which at one point had managed to win the hearts of the investing community with its international client list and good track record of carrying out its businesses, do what is necessary to keep it listed now that this bombshell has been dropped on it?

Oil and gas outfit Sumatec Resources Bhd, which triggered the PN17 criteria back in 2011, is a close example. After coming out with a regularisation plan, it is now hoping to shed its PN17 status by next year.

Yesterday Maemode said a winding up order had been served on one of its subsidiaries due to a payment default.

It has 12 months to submit a regularisation plan to the authorities and implement it.

Maemode started out in the 1970s as an automation machine parts trader.

Led by Datuk Dr Jimmy K S Lim, who still controls Maemode via Aemnic Corp (M) Sdn Bhd with a 28.51% stake, it then slowly morphed into a fully integrated manufacturer of automation systems for a myriad of industries, including mining and aviation.

Its local client list also grew to include international ones such as those from Indonesia and China.

But even as orders poured in, fund managers started raising some red flags on the company, citing increasing trade receivables as a growing concern. This was as far back as 2008.

At that time, though, the company maintained that as much as 41% of its trade receivables was collectible within 90 days and that historically, bad debts had been insignificant, according to a note by fund management company Kumpulan Sentiasa Cemerlang Sdn Bhd.

What is obvious now is that the issue had gone out of hand and has contributed to the company? current insolvency problem.

Industry observers note that there are several ways in which Maemode could return to solvency, one of which is selling and leasing back some of its assets to get cashflow going.

As at Feb 28, it had some RM122mil worth of property, plant and equipment.

Maemode? most recent job was in January when it secured a sub-contract work worth RM139.93mil from Apex Energy Sdn Bhd. 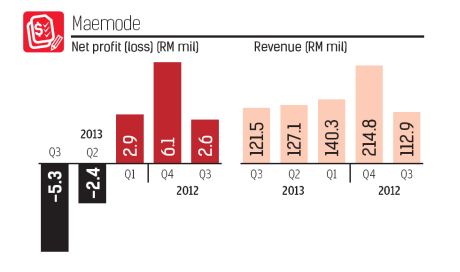 If there is anyone who thinks Maemode still has much value and potential going for it, it? got to be Tey Por Yee, the group chief executive officer and managing director of mobile applications and platform provider Nextnation Communication Bhd.

Tey, 37, emerged as a substantial shareholder in Maemode on June 21, just a day after the company lapsed into PN17 for financial-distressed companies and said that it did not have sufficient funds to settle the principal and interest owed to the banks and would empower a debenture holder to appoint a receiver and manager.

He purchased some 9.99 million shares from the open market, giving him a 9.34% direct stake in the firm and making him the third-largest shareholder after Lim and Lembaga Tabung Haji.

Tey did some trading on the following couple of days, resulting in his stake coming down to 18.38%.

On June 28, the Maemode stock was suspended ?ntil further notice? Its last price prior to suspension was nine sen.

This is not the first time Tey, who reportedly owns a couple of public-listed firms in Indonesia, has bought into companies.

Late last year, one of the companies of which he is a director bought into infrastructure development provider firm Protasco Bhd. At last look, Tey was the second-largest shareholder in the firm, owning some 23.02% in it.

He also bought into Winsun Technologies Bhd last month with a 17.7% stake. He has since sold it down to 7.7% but has recently been appointed chairman and executive director of the firm.

Buying into financially-beleaguered Maemode at this stage certainly looks like a huge risk, but if the calculated risk turns good, then Tey could be the one laughing all the way to the bank.

Only time will tell.